The Disney Carousel by Schmid

Today we would like to show our readers this series of limited edition ceramic music boxes, released in 1988 by the
Massacheusetts-based Schmid Bros. Inc. Schimd became a Disney licensee in
1970 and went on to produce a large range of exclusive hand-crafted, hand-painted collectables , representing many years of legendary Disney tradition until
1995.

This particular series of music boxes is called The Disney Carousel and features Pinocchio, Donald Duck, Mickey Mouse and Minnie Mouse each rotating on a different carousel animal. The music boxes play “I’ve Got No Strings” for Pinocchio, “Mickey Mouse Club” for Mickey,”Minnie’s Yoo Hoo” for Minnie and “Anchors Aweigh”
for Donald. Click on images below to enlarge. 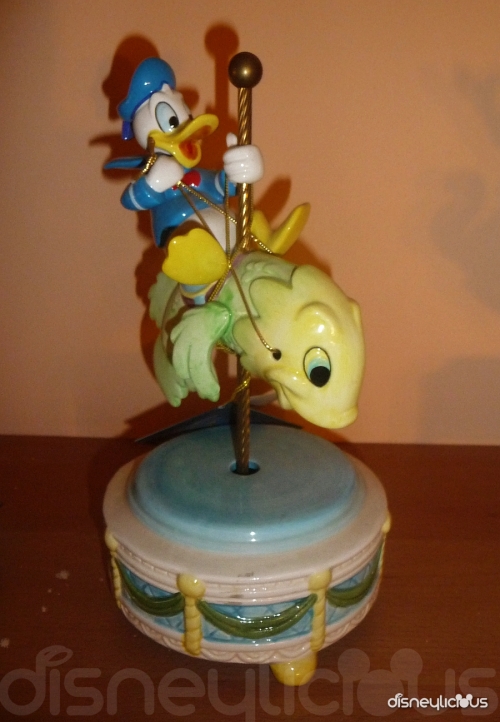