New cool Mulan Pop is now available from Funko, in a new series of Disney/Pixar princesses also including a new Aurora (with chase), new Merida and a new Jasmine. 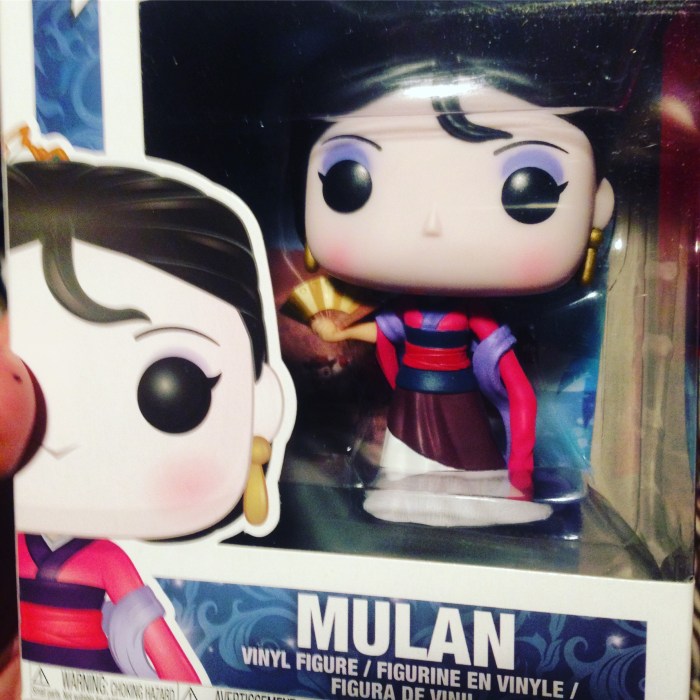 This time Mulan is wearing her traditional Chinese costume from the scene of the film in which she sings “Reflection”. A real cool Pop indeed!